Ride in one of the World's Fastest cars.

The Mazda 787 is the first and only Japanese race car to win the 24 hour Le Mans race, it has an R26b engine so loud it needs to be heard. The 360° experience Fast Ride puts viewers in the cockpit of the 787 to run a lap at the Mazda Raceway Laguna Seca with Jeremy Barnes, Mazda’s director of communications and unofficial corporate racing aficionado. The result is flat out fantastic at 9000 rpm. Fast Ride was directed by Luis Blackaller and produced by Wevr

“It was particularly challenging to shoot inside such a small car and at such high speeds but our Wevr 360 camera was designed to film a person trapped inside the trunk of a car, so we had little trouble adjusting it to the confined interior of a race car. It is actually great for fans to have a chance to explore up close all the dials and buttons available for the driver while being so close to him at the same time. Early on we learned that cars are great device for VR because their frame provide natural grounding support for camera motion. It might be hard for people to experience an extreme ride like this without being protected by the car frame. For the audio we placed ten microphones throughout the the car so we could create a positional surround engine roar. I think this experience is incredibly effective in capturing what it’s like to race.”

The Creator of Fast Ride 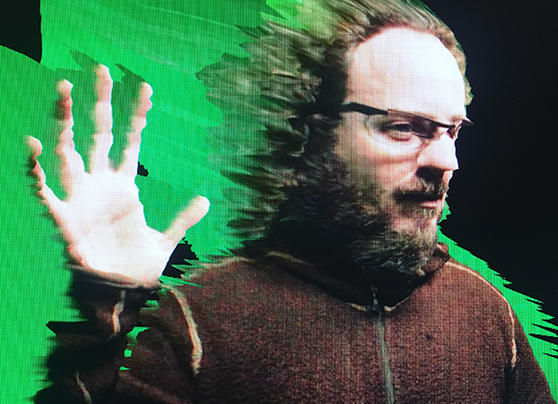 Luis Blackaller is a writer, director, designer and media artist from Mexico City. With more than twelve years of experience in the Mexican film and television industry, Luis has worked as a designer, art director, motion graphics artist and storyboard artist among academy award winners in films like Amores Perros, 21 Grams and Babel. More recently, Luis can be found in Venice, California, where he works as Creative Director at WEVR. During his tenure at WEVR, he has developed and produced more cinematic virtual reality than almost anyone in the world.